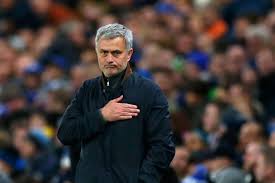 Speaking on MUTV, the Spain international was pleased with the progress made in the backline, which had been the prime area of concern under ex-boss Jose Mourinho. He added that the improvement at the back has directly contributed to the effectiveness in the frontline and hopefully the club can stretch the current winning run.

He said: “We’ve continued to improve at the back, we’re conceding less for a start. I think we’re creating a lot more chances as well and we’re scoring goals as a result of that. I think the type of football we’re playing is allowing us to get forward, score and with that, win games. It’s all about keeping this rhythm up. The main thing is keeping up this standard and hopefully the victories will keep coming.”

United were underperforming as a unit under Mourinho and they were 11 points behind the top-four positions at one stage. However, with the change in management, their fortunes have reversed and they are currently within three points off fourth-placed Chelsea whom they are scheduled to face at Old Trafford before the season closes.

Meanwhile, the Red Devils have also made progress to the fifth round of the FA Cup after beating Arsenal 3-1 on the road. Their challenge, however, does not get easier after being pitted against Maurizio Sarri’s team, who have recently recruited Gonzalo Higuain from Juventus to boost their forward ranks. The Blues are currently the lowest scorers among the top six during the ongoing Premier League season.