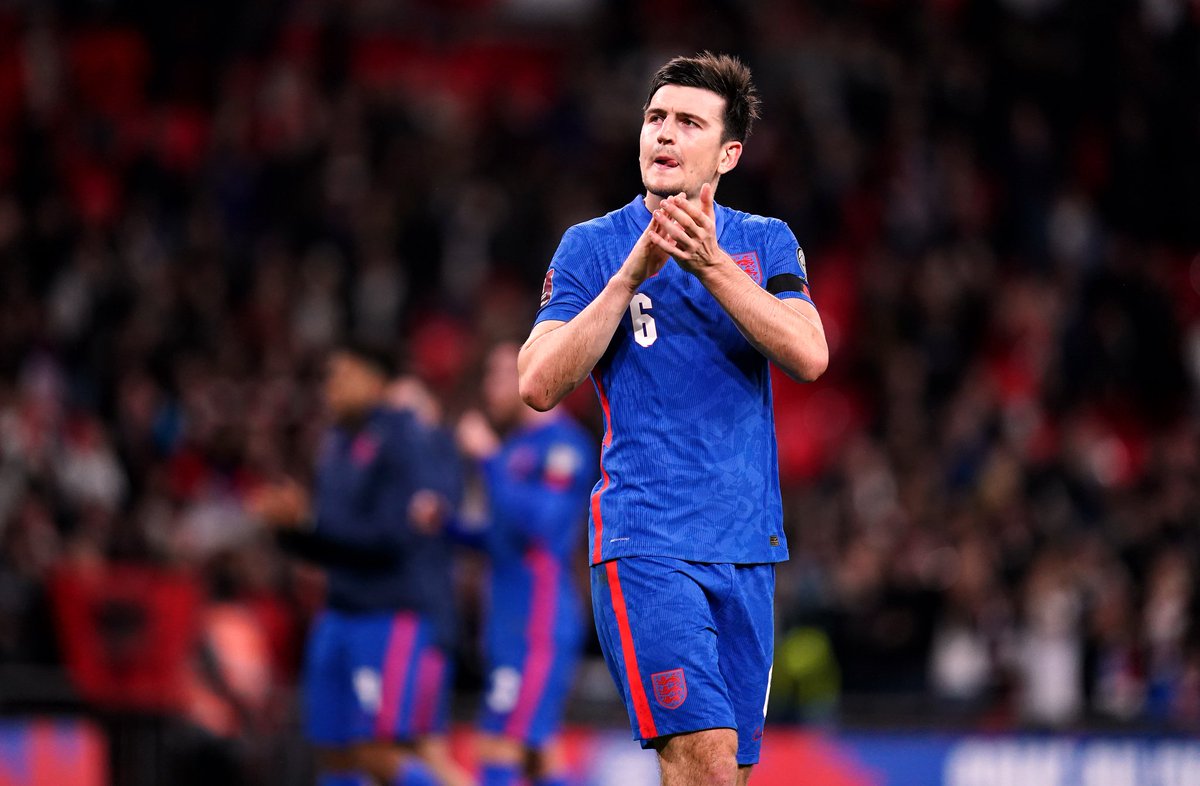 Maguire returned from a short-term injury layoff to take his place in the Manchester United squad for the away game against Leicester City in the Premier League shortly after last month’s international break and he was one of the major culprits as the Red Devils were beaten 4-2 by the FA Cup champions. In the following Premier League game,Maguireleft-back Luke Shaw were strongly criticised for their respective roles during the 5-0 defeat suffered at home at the hands of arch rivals Liverpool.

Manchester United are on a run of six losses in the last 12 games in all competitions and the abovementioned Maguire has been widely chastised for the part he played in some of the defeats.

Maguire has been on England duty in the last two weeks and he has been able to respond to the numerous criticisms with goals against Albania and San Marino. The Manchester United defender was responsible for the opening goal in both games on the way to heavy wins over San Marino and Albania as England booked their spot at the Qatar 2022 World Cup tournament.

Kane has struggled for goals in the colours of Tottenham Hotspur this season after his failed attempt to leave the club for Manchester City in the summer, but he has been able to respond with seven goals in two England games during this international break. He scored four times in the first half against San Marino to add to his three goals from the Albania game. Apart from Kane and Maguire, Filippo Fabri, Tyrone Mings, Tammy Abraham and the Arsenal duo of Emile Smith-Rowe and Bukayo Saka also found the back of the net against San Marino. England thrashed San Marino 10-0 away from home with the final three goals coming after the hosts had defender Dante Rossi sent off for two yellow cards at the midway stage of the second half.